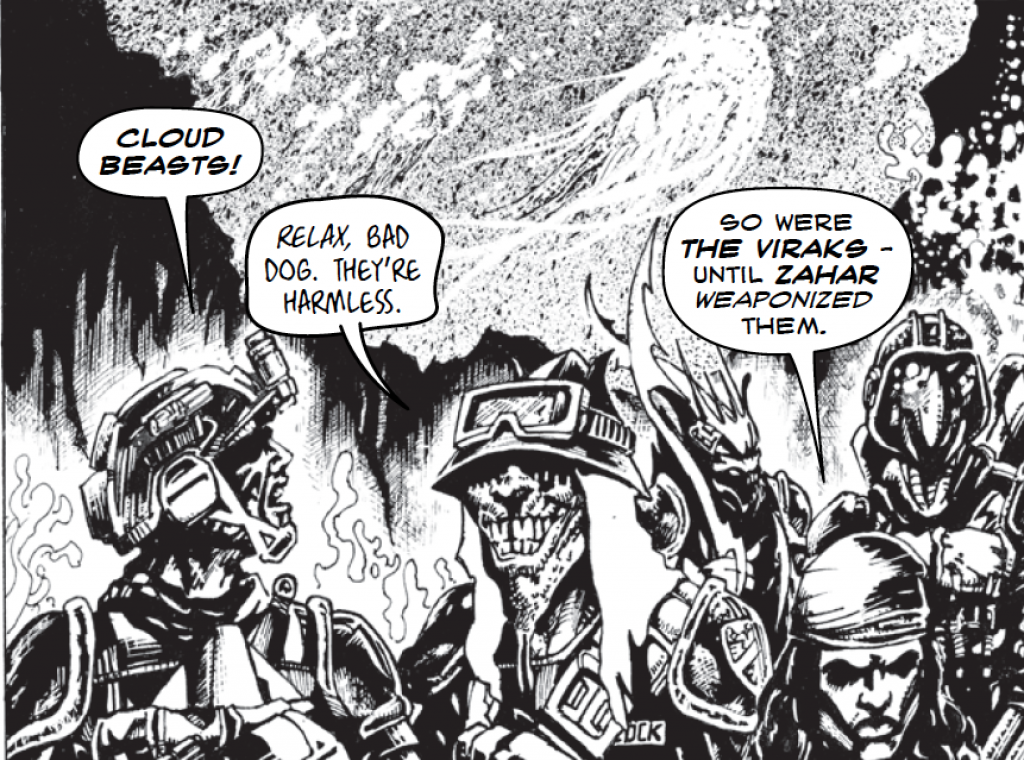 SF1 is set on the planet CRATER. Like many moons in our own Solar System it’s covered in craters. But these are the result of the QUANTUM WAR that has been going on for thousands of years.

A strange bio-system populates and dominate this world thanks to the SPACEWARP.

Our normally invisible microscopic world has been ‘warped’, so it is large and visible on Crater and enhances the otherwise brutal landscape. The various microbes are human size or larger, so they’re a very real threat.

They have now become MAKROBES.

But there are also accounts of such creatures on our Earth in real life and in fiction.

The first fiction author to write about them was Sir Arthur Conan Doyle in his 1913 short story The Horror of the Heights.

He describes how entire ecosystems (air-jungles) exist high in the atmosphere, and are inhabited by huge, gelatinous, semi-solid creatures. After going through a flock of animals superficially resembling jellyfish and snakes, (the aviator) Joyce-Armstrong is attacked by a more solid-looking but amorphous creature with a beak and tentacles, from which he narrowly escapes. He then returns to the ground.

The aviator writes he will be going up again to the air-jungle to bring back proof of his discoveries, but here the fragment ends, save for one last sentence which reads: “Forty-three thousand feet. I shall never see Earth again. They are beneath me, three of them. God help me; it is a dreadful death to die!”

The story is free to read on line: Tales of Terror and Mystery by Arthur Conan-Doyle.

There are also vivid non-fiction descriptions of what these flying creatures look like.

These low-density animals have names like air whales, sky fish and cloud beasts.

But the definitive book on the subject is The Cosmic Pulse of Life, The revolutionary biological power behind UFOs, by Trevor James Constable.

In his book they are known as ‘critturs’.  The author includes infra-red photos and they look like translucent embryos, jellyfish or amoebas.

As far as I know, these photos have never been challenged.

Back in the late 1980s I was invited to observe some UFOs by a group that was in contact with them. I was sceptical but curious and so, one wintry day, I travelled to the group’s home city to observe them. If they existed, I expected to see Steven Spielberg CE3K UFOs. Gleaming hardware. We were high above the city on open ground and it was approaching twilight as they appeared.

To my surprise, I saw not a mysterious alien machine, but a biological creature pulsating across the night sky, very similar to the photos and descriptions above. And others further away and more ‘star-like’.  I remember being disappointed that they weren’t classic UFOs and they actually looked rather dull by comparison.

What does that tell you? I’m so conditioned to Hollywood science-fiction imagery, I wasn’t wowed by the real thing. Shame on me! I clearly need to adjust my own reality.

And yes, they were real enough and couldn’t be explained as cloud formations, strange weather phenomena, aircraft etc.  I will write more about them in a blog for Spacewarp another time. It’s quite a story.

Maybe because they lack a stereotypical Hollywood glamour or menace, or perhaps because they don’t fit our mindset, no-one has paid them much attention. Although I do wonder if Conan-Doyle based his story on something he had heard of or personally witnessed. After all, if I’m not making this up, I could hardly have been the first author to see real-life Makrobes.

It’s possible C. S. Lewis also had some personal knowledge on the subject because he refers to beings he calls ‘The Macrobes’ in his novel That Hideous Strength where the creatures are demonic entities.

But my real life Close Encounter of the First Kind was the inspiration for my world of SF1. This was nearly a year before Covid-19 emerged to turn our own reality into a science fiction scenario. In my story, no aircraft can fly through the ‘air-jungle’ because  of the threats from air whales, sky fish, cloud beasts and sky-viruses with their distinctive sea-mine features.

But what is waiting on the ground is even worse… 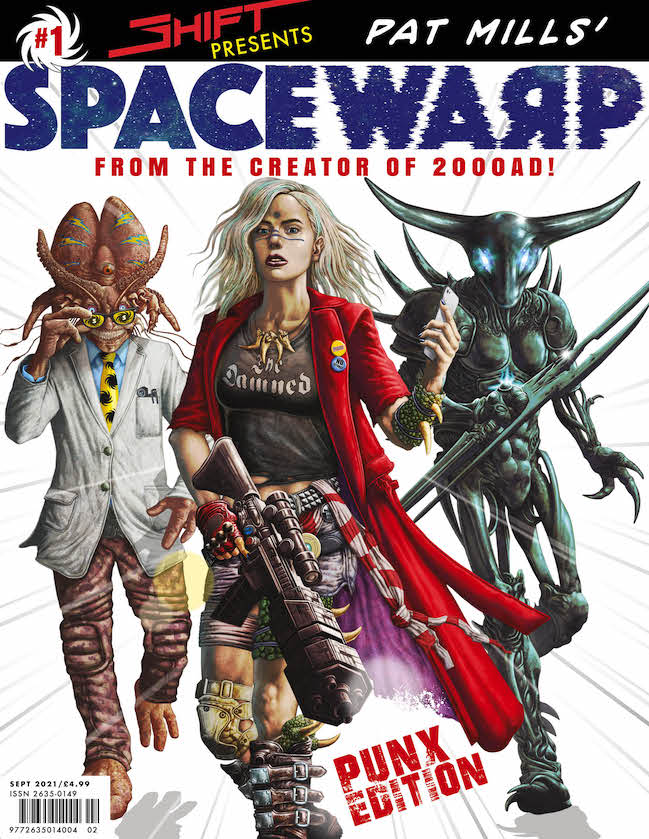