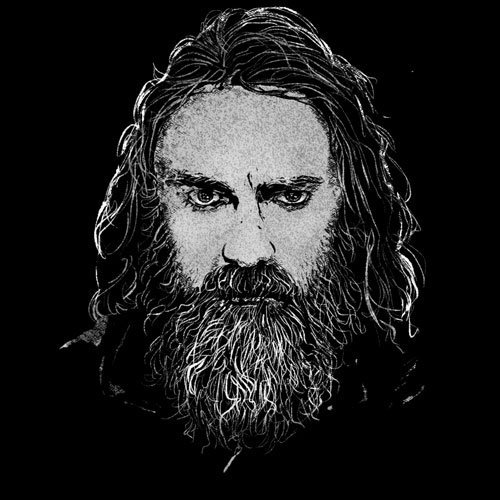 Shortly after the birth of our third child the ceiling of our rented house collapsed on the same day the landlord died. This was only a coincidence. But I was subsequently asked if I would draw the adventures of a homeless superhero called Street Shield for Pavement magazine at exactly the same time as we became statutory homeless. Such ‘luck’ is obviously not coincidence but undeniable proof of the divine. Sod’s Law is God’s Law. Obviously.

I drew Street Shield for a few years and then it ended. I can’t remember why. I’m pretty sure he returned to his home planet, but that can’t be right.

Before that I was a seeker without purpose, an unworthy lover, defined and caged by hypochondria. Dendrologist, allotmenteer and professional dole scrounger. As the years went by I called myself an ‘artist’ to avoid embarrassment when nurses asked me ‘and what do you do for a living?’ I spend a lot of time in hospitals.

So I have a tenuous grasp of the living fire but when I’m not sleeping I draw. Comics are shifting mercury to the fixed elements of the finer arts and the bar to entry is set low enough for me. I started by drawing my own comics with titles such as Running Out of Time and Slow Girl, then moved on to contributing microcosmic worlds to small press titles such as Violent!, Zarjaz, FutureQuake, Mustard, TNT and Solar Wind. I illustrated a strip written by Paul Scott in Omnivistascope; The Juggerman was very good but it ended.

Over too long a time I became fairly adept at drawing the human animal deteriorating, regressing, crawling backwards. I did not become adept at drawing the handsome ubermensch and Miffys beloved of profitable industry. The Protean embraces the dark, the impure, the deadly coagulate and rejects the exclusively cute and adorable. In Japanese, ‘chibi’ is often an offensive term and is banned on air by TV censors.

Luckily, back then the gatekeepers at DC Thomson were still prowling the inky dog-shit strewn ginnels, wynds and snickets of working class towns looking for childish mischief clad in short pants, dirt and violence, and I was able to freelance for The Dandy. I drew a skeletal dinosaur called Bone-O who ate cats but the strip was not popular with the gentler readers. Later I ghosted Korky, Bing Bang Benny, Big Head and Thickhead and Monkey Business.

Which brings me to Spacewarp and “Fu-tant” and the worlds of Pat Mills. Luckily, Pat doesn’t do cute and adorable and the alleys are still inky and fouled. You are warned, gentle reader.

[As well as drawing and lettering Fu-tant, Mike also lettered Jurassic Punx and created the Hide and Survive feature – as seen in the comic!]

MikeD Sketches Fu-tant and shares some tips and tricks!

MikeD makes it look easy in this Fu-tant sketch video.

We love the colours that Mike has chosen. There’s a real pop-art flavour to them that looks very different to anything else out there. Our original plan was to go for this ‘neon’ colour palette. I think it’s something we could well come back to.