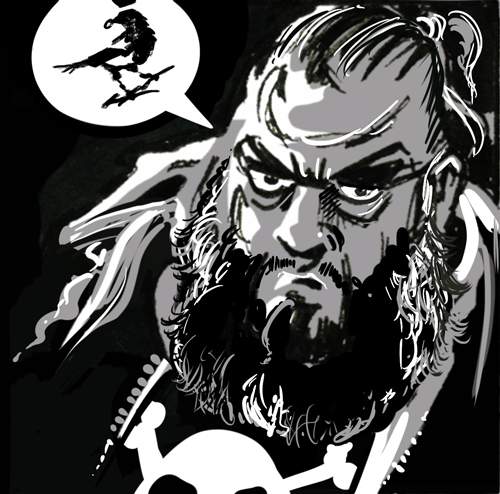 Gareth Sleightholme has produced visual development, concept design, illustration and a range of other 2D and 3D creative work for the leisure, events and museum/heritage sector for 30 years as well as lecturing at art school in both Hull and Norwich.

He is currently based in Hull, focussing on making comics including his own Cthulhiad series (via Iron Shod Ape Comics) as well as working with other writers on their books.

You can find more of his work on Twitter @hesir, Instagram @AKAhesir and at hesir.artstation.com. Gareth is more than happy to discuss commissions that don’t involve other people’s IP.